Click to go to my personal webpage unless you are already there and this is just an iframe, in which case clicking this would load my webpage inside the iframe this is why iframes are bad. sigh 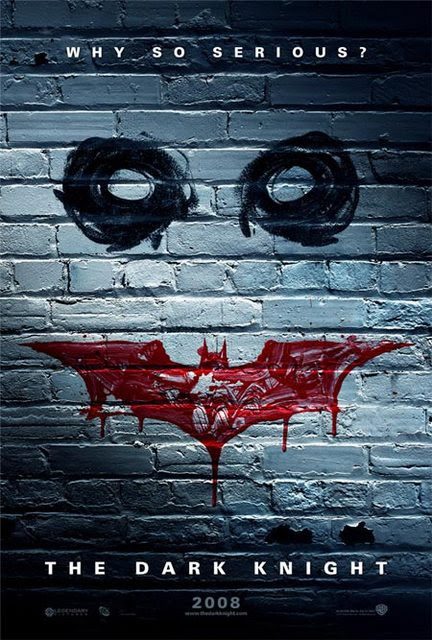 I can confidently tell you that there has been no movie that i have wanted to watch so much like the batman movie the dark knight , especially after the previous batman movie (batman begins).

With so much expectation from the director , the cast and the screenplay...i went in to the theatre..
the next 150 minutes of the movie have simply been amazing...i was not one bit disapointed with the movie , the movie had everything , heroes turning villans , villans turning mad , humour , thriller , twists , and of course action...i will not try and review the movie as i won't be a good critic..
but according to me , batman -the Dark Knight will be remembered for the performances of the late heath ledger ..he has for me given the best performance any actor can possibly give for a villanous role..i was speechless , amazed ..and scared all at the same time..

his antics with trics , his licking of his scars around his lips while muttering the infamous tagline " WHY SO SERIOUS ? "...the smile...the frown...the look..the walk..the talk...

The movie wasn't the best movie ever made..but it is definitely the best superhero movie i think..
although on second thoughts i think the weight of expectations mite have compelled me to believe its on par with batman begins..and on some levels i think batman begins was slightly more brilliant..

overall ..its a must watch..and for batman fans like me ...you can watch it 5 times and not get bored..

cheers
Posted by GokulMenon at 11:11 PM

I READ!! :P..i liked movie as well!esp after watchin hancock!

Are they showing Dark Knight on the IMAX dome or just the adjoining theaters?

no its not beeing shown on the dome...its a pity..since some of the scenes from the movie have been shot with an imax camera (having wider lenses n shit)..